BluecherryDVR.com Gets a Facelift Just in Time for Launch of v2.0 Beta

Bluecherry was looking for developers to help with building v2.0 of their impressive DVR based video security system when Delta Systems tripped across their job opening at indeed.com.  After an initial query asking if they needed any development help in the interim, before they found the right full-time employee, the discussion quickly gravitated to the need for a new website design and functionality improvements. 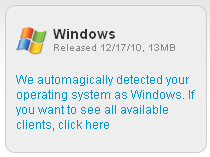 BluecherryDVR.com has an OS Detection Feature To Save Users a Step During Download

Sure, Curtis Hall, Bluecherry’s owner, and his guys could have made the updates to the site themselves. However, they felt it was time for a more consistent and professional look to the myriad of sections they have on their website. They were, after all, looking for more developers – so no one had time to update the website.

Delta Systems designed, cut, and implemented a WordPress template. They then turned to improving the eCommerce and SEO components of the site.

The cherry on top (sic) was the operating system detection feature that automagically figures out what operating system you are on and selects it from the list of platforms on which the software is designed to run.

Bluecherry also develops a commercial surveillance application under the name ‘Bluecherry’.  This software is an Ubuntu based application that records audio and video and includes many features you would typically only find in commercialized Windows applications.  Bluecherry is actively working on version 2 of its software which will support several major new features such as a cross platform client interface, network (IP) camera support, and improved optimization for the server backend.

Read more when you visit them online at http://bluecherrydvr.com