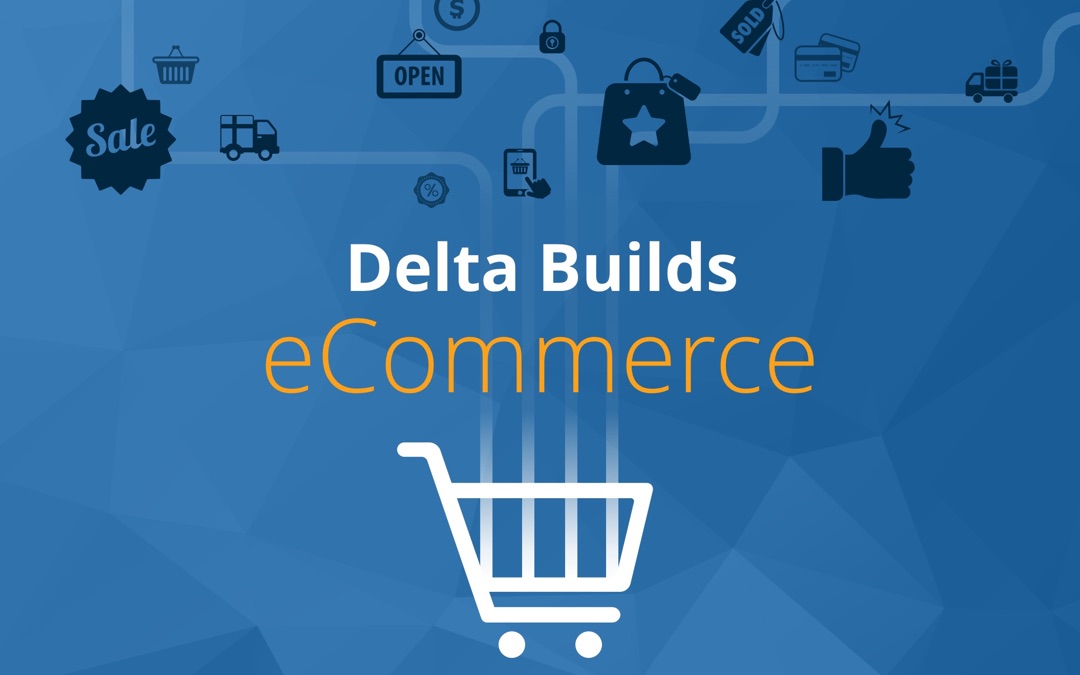 As far as eCommerce platforms go, there are many viable options available for any budget level. Delta Systems has worked on successful projects built on WooCommerce, Magento, Shopify, Big Commerce, and completely custom code bases. Delta has also worked on systems by Storefront, xCart, and goEcart. Each of the platforms that have a big marketshare will, generally speaking, provide a decent API and extensive theming capabilities. eCommerce hosting is a critical component to an online store’s success. Delta Systems has extensive experience hosting large eCommerce systems that must load content quickly and cannot go offline.

WooCommerce is the marketshare leader. It is part of the WordPress ecosystem, which itself is gigantic – currently powering 34% of the Internet. Generally, you’ll find lots of design talent comfortable working with WooCommerce, wide 3rd-party service support, etc. We like it for projects of a medium to large size because the design and customer experience folks aren’t held back by the complexity of the backend code. At the same time, we have full control of the code in WooCommerce so we’re not tied to a proprietary platform like Shopify.

Shopify will get an eCommerce system off the ground faster than anything else. We have also integrated websites with their API in a pretty straightforward way. Delta Systems did some very extensive inventory management work with the Shopify API for the True/False Film Fest box office, which went well. The drawback to Shopify, however, is that you don’t own or have a lot of control on the code and you’re stuck paying Shopify fees in perpetuity.

Magento is a solid platform that we’ve worked with a lot. The integration work would likely be a bit more complex than the plugins we write and use for WooCommerce. Unfortunately, the 2.x version of Magento makes theming so unnecessarily complex that we’d expect the actual cost of developing a site to be substantially higher. Everything the designers and front end developers wanted to do would be bottlenecked through a backend developer that is comfortable coding in an MVC system, which makes everyone grumpy and costs a lot of money.

Now that the Wayfair ruling has gone to the US Supreme Court, Delta Systems has been helping numerous companies with Internet Sales Tax collection compliance. It is extremely complicated and it is still a moving target. Each US state gets to choose how they want taxes collected. Delta has been implementing TaxJar.  The Taxjar blog is extremely useful. But where do you get started with integrating Internet Sales Tax collection?   We recommend staring at Sales Tax 101 by TaxJar.

Not all eCommerce Systems are Created Equally

Although Delta Systems has extensive experience with Storefront, xCart, and goEcart, we cannot recommend using these systems for numerous reasons. Some of these reasons include customer support issues, site search speed issues, upgrade/update nightmares, poor programming, complicated templating leading to maintenance headaches, and products being invisible to Google. We’d be happy to share more, but we’d rather concentrate on the positive systems we’d recommend and how we host those systems.

According to these Internet Statistics & Trends in 2019, Americans check their phones 80 times per day. Imagine how much of that is shopping. Amazon may be the biggest eCommerce player, but the entier eCommerce segment is growing nicely.

When it comes to hosting, there is a huge range of possible prices and approaches. For e-commerce work that has to take PCI compliance, we’d generally avoid shared hosting if at all possible. In the very least, you want a VM (or virtual machine) dedicated to your site. That is different than a dedicated server, where there is an actual piece of hardware in a rack only running your machine. A dedicated server would likely be overkill for most sites.

Typical eCommerce hosting ranges from $500 to $3,000 per month. To break down a $500 per month hosting estimate, it would likely entail:

The reason we’d be setting up redundant servers is to ease maintenance and scaling. If we wanted to ramp up server capacity before a huge sale, for example, we could reconfigure the load balancer to stop sending requests to one of the EC2 instances, scale it up to add more resources, and then re-insert it at the ELB. We could certainly start without the redundancy or the load balancer and scale up more gradually.

Any eCommerce hosting that Delta Systems provides would also include 24/7 monitoring, backups and operating system patching.

Clients are free to purchase hosting elsewhere, if preferred. You could then either monitor and backup independently as well, or we could estimate that cost separately. In this case, we’d just give you a list of technical requirements to run the platform software.

If you want to discuss either issue in more detail, feel free to give us a call to discuss building an eCommerce website. We know navigating all this can really make your head spin.